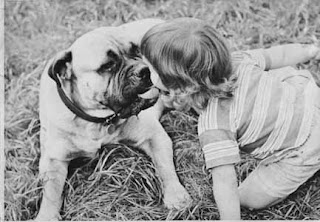 Just as kids ran free in the 50's, I remember dogs running free as well—maybe it was because most of my early growing up years took place in a country setting, several miles outside of Morristown, New Jersey. We knew all the neighborhood dogs by name. There was Tinker the Shepherd mix and Shea the Springer Spaniel who hid in the closet at the first rumble of thunder—and Drifter the hunting dog. He was the only dog I remember that did not run free. He spent his days in a kennel outside the house.

This was our neighbor's dog "Boxer" and as you can see we were good buddies. The thought of a dog not being friendly never entered my little mind.

That familiar Lassie theme beckoned us home at dinner time and we fell asleep at night dreaming we could own a dog just like Lassie!

Imagine a dog that would go get help when you fell into a hole—a dog that could understand you better than another person—and could communicate that understanding!
Our family was blessed to have a dog every bit as wonderful as Lassie. Perhaps he is the reason I have had such a great love for dogs all of my life. His name was Flash—a long haired German Shepherd police dog who came to live with our family in the early 50's. We had taken him in when a friend on Long Island realized a neighbor was intent on poisoning dogs, and they loved him too much to risk that happening to him. We were asked if we would like to have him. 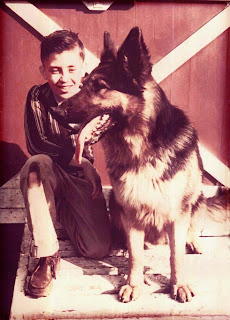 Flash with my oldest brother Marc
Flash was very protective of me and my six brothers. He waited for the school bus with us each morning at the end of the driveway and greeted us there in the afternoon. He positioned himself each night in front of the front door, and that is where he stayed keeping watch, protecting his family. No one entered or exited without his express approval. Often a little one could be found nestled up beside him, resting on his beautiful long coat of fur.
When the ice froze on the neighbor's pond he loved to go ice skating with the neighborhood kids. We would toss a snowball across the ice, grab onto his tail and go for a ride from one end of the pond to the other. No matter where we ventured, Flash was at our heals.

On November 3, 1957, the year I was in kindergarten, a Russian mission blasted off, sending the first dog into orbit around the earth. Laika, a female mutt who was part Siberian Husky, rode on Sputnik 2. (Sputnik 2 was a metal sphere that weighed about 250 pounds = 113 kg).My older brothers brought their Weekly Reader magazines home from school and if the cold war with Russia wasn't already underway, I'm sure this event would have triggered it in the minds of baby boomers across the country! A dog.... in space?Laika was originally thought to have survived in Earth orbit for four days, dying in space when the batteries to the cabin over-heated. In 2002, it was revealed that Laika died roughly 5 to 7 hours into the flight, from overheating and stress.
After orbiting the Earth 2,570 times, Sputnik 2 fell back to Earth on April 14, 1958, burning up during re-entry. 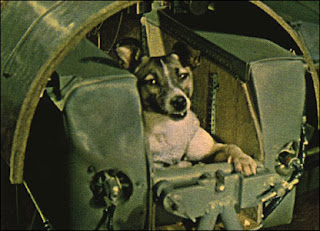 1957 was also the year that Old Yeller stole our hearts—and baby boomers learned that all stories don't have happy endings.

That story prepared me for an event a few years later that would impact my life in ways I would not fully realize until years later—and that event will be the subject of my next post....so "stay tuned"! 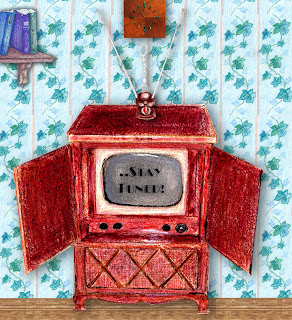 When Dogs Were Our Heroes Part II 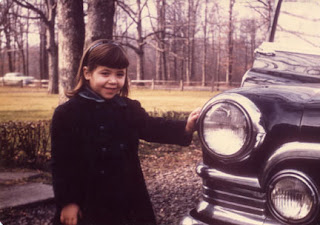 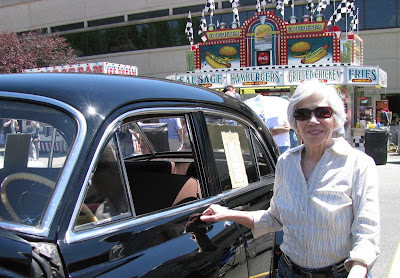 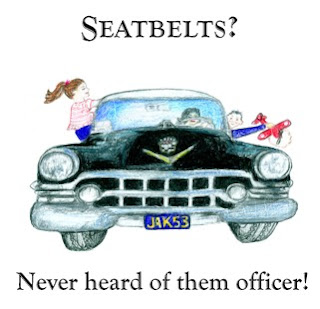